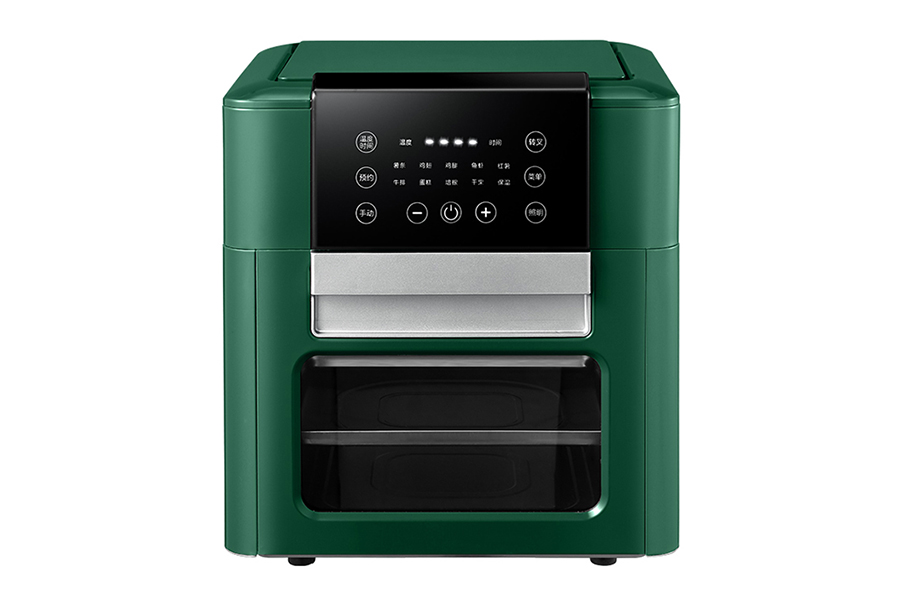 Gemet air fryer composed of various parts is the engineer's grasp of a product, starting from the resistance, we explain each part for you.

China has become a major air fryer supplier in the world, more and more air fryers made in China are entering the international market. Under the guidance of the core concept of "smaller, faster and safer", a variety of air fryers with humanized, personalized, intelligent, fashionable, as well as environmental protection and energy saving arise as the times require, and play an increasingly important role in modern fast-paced family life. People also can come out of the liberation from tedious housework because of this, achieve relaxed and efficient, the effect that saves worry quickly. Gemet air fryer always adhere to the quality of the first, to provide the best service for customers.

Identification and testing of basic components of air fryer

The internal structure of any kind of small household appliance is composed of the unit circuit formed by basic electronic components. This section mainly describes the function of basic components such as resistors, capacitors, inductors and transistors, graphic symbols, identification and detection methods.

A resistor, or resistor, acts as a barrier to the flow of current through a circuit. The main function of resistance is voltage reduction, voltage division, current limit and provide the necessary working conditions (voltage or current) to each electronic component.

Fuse break resistance, also known as insurance resistance, is a kind of dual function of resistance and fuse element. It acts as a general resistor in normal working conditions, and as a safety net in case of circuit failure. The resistance value of the fuse resistor is small, generally a few to dozens of euros, and most of them are irreversible, that is, the fuse can not be restored to use.

The letter "RF" or "Fu" is used to represent the word symbol of the fuse resistor in the circuit.

Photoresistors are made of semiconductor photoconductive materials, and their basic characteristics are as follows.

With the increase of light intensity, the resistance of the photoresistor drops sharply, and then gradually becomes saturated (the resistance is close to 0 ω).

The higher the voltage applied at both ends of the photoresistor, the higher the photocurrent is, and there is no saturation phenomenon.

As the temperature increases, the resistance of some photoresistors increases, while others decrease. According to the above characteristics of photoresistor, it is mostly used in photometric related automatic control circuit.

Gas sensitive resistor is made of the principle of REDOX reaction after some semiconductor absorbs some gas, and the main component is metal oxide. It is mainly used in various gas automatic control circuit and alarm circuit.

There are two common faults of resistance in air fryer, namely open circuit and resistance value change. Resistance damage, its surface coating will change color or black, judging from the appearance, intuitive and fast.

Various resistors can be judged whether their quality is good or not by testing their resistance value. If the test result is within the error range, it is normal, otherwise it is damaged.

If the resistance in the air fryer is damaged, stop using immediately.